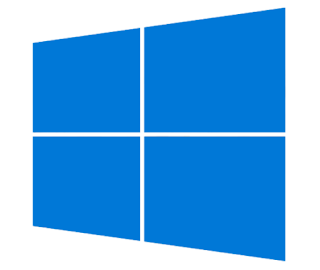 The below "Rabbit Trail" is pulled out of a post from June 13, 2007, in which I talked about the iPhone. I discussed something I saw as a mistake made by Bill Gates and Steve Jobs, in which they seemed to be against making devices like cellphones work as full computers. Now, Microsoft is expanding on something they are calling Continuum for phones.  But before we look at that, here's my thoughts from 2007 (almost 8 years ago):


Here is a Rabbit Trail:I think that Bill Gates and Steve Jobs both are missing the mark on where computers should go in the future. They were both unable to adequately answer the questions of where they saw computers in 5 years, at the D5 conference. The iPhone is a step in the right direction, but it’s just a fancy phone. The next revolutionary product should be the personal computer you take everywhere. It should be the size of the iPhone, have memory in the terabytes range, have the ability to sync with anything (monitors, keyboards, mouse, TV, networks, Bluetooth, Wi-Fi, cellular, satellite, etc.), and simply be your only computer.

Imagine if you could take your cell phone to work, in your pocket, sit down at your desk with a full screen and keyboard, and connect to everything digital that is yours. That is what the next gen iPhone should and could be. That’s the one I want.


Below is an article on Mircrosoft's Continuum for phones.
http://www.theverge.com/2015/4/29/8513519/microsoft-windows-10-continuum-for-phones
Additionally, here is the announcement from Microsoft's Build conference: Microsoft has announced the ability with Windows 10 to use your cellphone as a full computer, something I thought should be designed by either Apple or Microsoft back in 2007.

At this point, I feel the new Microsoft is based on my website.  Enough of my ideas and designs have come true or are part of the company's future product features/announcements.  MS should have called me and offered me a high paying job, designing ideas and seeing their implementation through.  My ideas have all been considered great ones, well after the announcements they are finally going into design or affect in future software releases.

Posted by James Guhn at 9:30 PM No comments: