iPhone 7 Plus vs. Google’s Pixel Phone

With the announcement of Google's Pixel phone, I really debated going back to an Android device. And while this would be my third attempt, this time I think Google has the hardware and software dialed in to truly take on the iPhone. 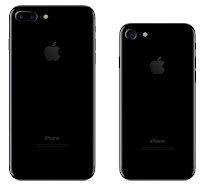 Let me first start with a review of my iPhone 7 Plus (and the fact I can review “my” iPhone 7 Plus tells you which phone I went with). Of course, the decision to go with the iPhone was made easier because I’m stuck in the Apple Upgrade Program, and I can't just get out of that contract without waiting two years or paying a bunch of money at once. Also, Google announced the Pixel would be coming out exclusively on the Verizon network, which is not my carrier and cannot become my carrier due to coverage issues. I have; however, read some reviews that the unlocked version of the Pixel can be ported to any carrier, but I have not been able to confirm that through Google’s Pixel phone website. But here's my review of the iPhone 7 Plus:

I went with the jet black iPhone 7 Plus, which is beautiful. I love the look, I love the color, and I love the feel in my hand without a case. As a pianist, I love that it matches my grand piano and the black keys. I'm actually going caseless, because the Apple Upgrade Program comes with Apple Care Plus. Apple Care Plus now has a screen replacement cost of only $29, which is reasonable and cheaper than most cases you can buy. I've also noticed the longer battery life; although, I'm coming from a 6S, not a Plus (smaller phone, smaller battery). I love the new cameras, with its wide angle lens and a 2x optical zoom lens, although I think it should be more like 4x optical zoom. The phone is fast, responsive, and it is a great device.

But, it has its issues. I don't like the new home button. It's not a button anymore. It just a force touch area that works with the tactile feedback mechanism, vibrating to let you know you've pushed hard enough. The button doesn’t actually move, but the tactile feedback it gives is supposed to make it feel like it moved. In my opinion, it doesn't give enough feedback. Another issue I've found involves pulling on my facial hair when I put the phone up to my ear and on my cheek.  To me, this makes it seem like the phone may struggle to be as water resistant as Apple claims. If my facial hair can get caught between the frame and glass, water will be able to seep in. And, another issue…I'm bored with iOS. The software is good, but it’s the same as always. Often, I actually think of this as a good thing because it means they've done a lot to make the phone functional and feature rich, the way we want. But I'm bored with it. One other flaw I see is on the back of the device. There is a camera bump. Why? Because of The Anorexic iPhone Problem. I wish Apple and other phone manufacturers would stop trying to make their devices thinner and thinner.

The thing Google did right with the Pixel phones is to offer the two different models, a 5 inch model and a 5.5 inch model, with the same performance specs. Both have the same processors. Both have the same cameras. Google offers two sizes, but equal performance. The only limitation is battery size, based on overall phone real estate. With Google’s Pixel, you don't have to get the bigger phone just to get all a better feature; unlike Apple, who put the better camera system only in the bigger phone. I went with the iPhone 7 Plus because I wanted the better camera, not because I wanted the bigger screen. In fact, I hate the size of the Plus. I don’t want the bigger phone. After using it for a week, I’m not even sure the camera zoom feature is worth it.

So, here's my wrap-up and recap: The iPhone 7 Plus is a great phone, but for me it’s too big. The 2x zoom doesn’t offset the size for me. The Pixel is Google’s strongest move toward a device that will battle the iPhone’s success. I wish I was able to get out of the Apple Upgrade Program or have the patience to wait it out with a device for two years, so I could move over to the new Google flagship.
Posted by James Guhn at 4:31 AM No comments:

10 Things I'm Thinking About, and I Want to Return to Blogging

I want to return to blogging:

I really miss writing my blog.  And, while it's really just for me (because I don't have an established purpose, or audience, or skills in writing), it's good practice for what I do at work.  Writing is a big part of my duties again, and writing a good report about a given incident is crucial.  The reader needs to understand the who, what, when, where, and why, and they need to understand all the resulting actions taken.  I need to "paint the picture" of events that occurred.

The items listed above are some of the things I've been thinking about as topics for the blog.  It's interesting to me that these are not the typical topics I originally wrote about when I used to blog.  Most posts from the decade+ of writing I've done are on the topics of automotive, beverages, technology, the Bible, or random rants about this or that.

Above are some of my ideas for where I may focus in the future, along with my previous post titled: 20 Things Currently Annoying Me.  The latter would be the typical negatively themed topics James Guhn writes about.  I mean, if you look back at my Twitter feed, it's a pretty negative place.  There's some good stuff too, but there is a lot of complaining about how things should be or how they "could be better if..."

Currently with the shift work I do, there is a lot more time I could spend writing about all sorts of things.  I now work 4 days one week and 3 days the next, giving me 3 and 4 days off each week to sit around being lazy.  Instead, I could be using my time to improve my writing style, while giving my opinions with more details and depth that my 140 character tweets allow.

Previous posts that still excite me are my "If I Were CEO" and "My Bright Ideas" post.  These posts, as examples, give me things to look at years later for implementation in reality.  I get to see how companies take these ideas (probably not from me, but their own research) and implement them.  Microsoft is an example of a company that seems to have read my blogs on what I'd do if I were their CEO (here).

Email ThisBlogThis!Share to TwitterShare to FacebookShare to Pinterest
Labels: If I Were CEO, My Bright Idea, Rant or Ramble
Newer Posts Older Posts Home
Subscribe to: Posts (Atom)