How About This Police Interceptor? Nice Try Ford. 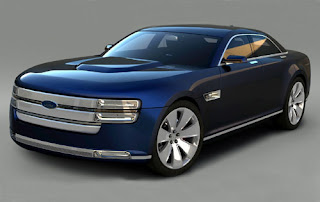 The 2007 Detroit Auto Show revealed so new ideas from some of the worlds largest auto makers. Not to be left out, Ford unvailed a concept for a new rear wheel drive car to replace the very tired Crown Victoria. They called this the Interceptor, a name that many police cruisers already wear on the Crown Vic body. Although this is probably only a concept that will be used to inspire future vehicles, it's an interesting idea. I think it's a step in the right direction to take back a spot that may be stolen by Dodge's Charger.

FORD, YOU NEED A COOL CAR THAT COPS AND CITIZENS WILL BUY. GOOD HP, LOOKS, AND HANDLING. IS THAT TOO MUCH TO ASK FOR? GOOD TRY WITH THIS. NOW MAKE A PRODUCTION VERSION OF SOMETHING LIKE IT.
Posted by James Guhn at 4:18 AM