First of all, Ted reviewed the iPhone and seems to love it.

Second, Dan needs to do a review on whatever kind of phone he is using in Canadia. (Yes, I know I spelled Canada wrong…that’s just what we call it.)

Third, my phone is a piece of junk. Here is my review:

First (again) some history…my first cellular phone was a Motorola the size of a small county. I then moved to a smaller version, then an Ericsson, and then……Dan convinced me the Nokia was the way to go. I bought, and Dan was correct. I had two more Nokias after that and then my work provided me with a Motorola on the Nextel network. Wow, that was a cool network but a boring phone. I loved the two way feature and it worked so well. My wife and I could talk all the time in an instant. The problem was camera phones and Internet capable phones were coming out. Also, SMS messaging was not available. I ended up upgrading to a newer version that had a camera and other available features.

After quitting that job and starting the one with the county, I switched back to Cingular and bought myself the newest and “greatest” Nokia. The 6102i. i = Bluetooth. i also = sucks. 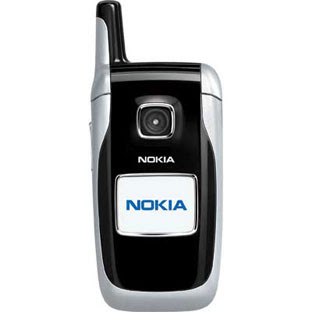 Originally I was given the 6102 which is only missing the Bluetooth, but I asked for the one with Bluetooth so I went back and demanded they replace it with the i.

The phone’s features include a crappy camera, a radio feature that only works if you by the Nokia headphones, a speaker phone that is so useless I never use it, a menu system that scrolls so slowly you forget what option you were looking for, no memory, extremely slow and limited Internet access, and a whole stack of other issues which include terrible reception on the service with the fewest dropped calls. Fewest dropped calls because they leave you on with no transmissions back and forth. The call doesn’t drop. You decide to hang up to not burn minutes on a call where you can’t hear each other.