My wife, being the loving thoughtful person that she is, knows I love car “stuff” and test driving anything and everything. She signed me up for “Test Drive Tuesdays” through Talk 650 and I was selected as a winner. Along with a $25 gift card for Starbucks, I was given the chance to drive a Land Rover of my choosing. Watch for my full interview to appear here, or listen to AM 650 or 1530 or FM 92.5 or 101.1 next Tuesday where every hour a commercial with my interview will play.

I first spoke with reps from Talk 650’s parent company and filled out some legal paperwork. I basically gave them the rights to my voice from the interview after the drive. I then met with a sales person from Land Rover. Sophia took me out to the 3 vehicles (LR2, LR3, and Range Rover) and let me look them over. She explained some of the features and packages on the vehicles. This is when I noticed the LR3 with actually the size vehicle with the features and roominess I would want. 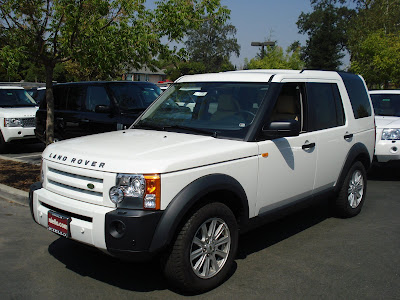 Sophia first took me to the Land Rover track, located at the back of the dealership. I’m sure you’ve seen it if you’ve ever driven down I-80 between Sierra College Blvd. and Rocklin Rd. It is an intense little course. From I-80 you don’t realize how steep the hills are.

First is a sideways turn around a tree. 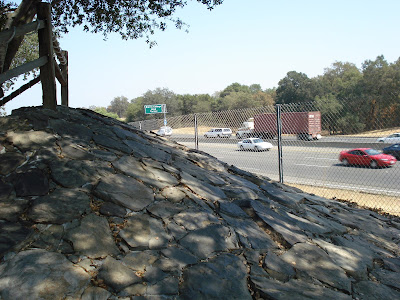 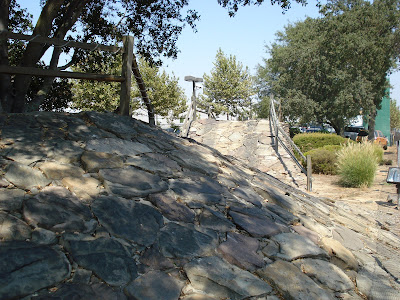 I was in the passenger seat and felt like I could put my hand out the window and touch the ground. It was really amazing.

Next was a steep incline that plateaued and then descended, even faster, into 20” of water. 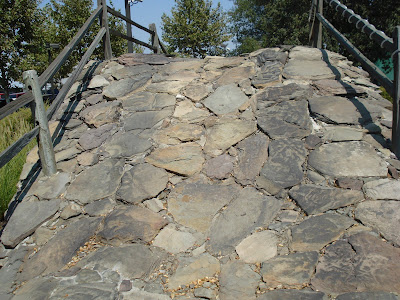 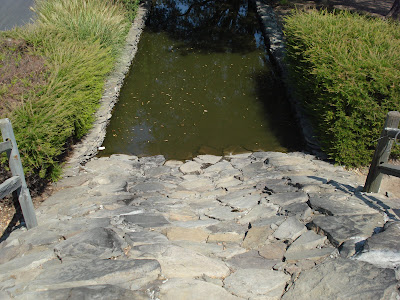 The LR3 took the hill with ease, didn’t scrape the under carriage as it reached the top, and descended into the water without the driver using the brake pedal.

We entered 20” of water and then stopped. (For reference, the VW Golf I drive would have water pouring into the cab through the doors, as the water would be over the tires.) The LR3 and all the Land Rovers are sealed so water will not enter the cab. 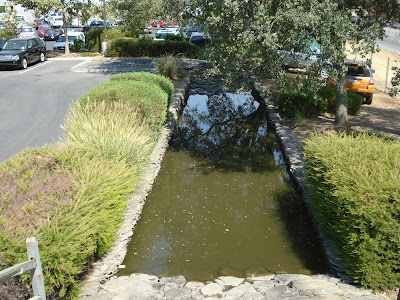 We then backed up the incline without any wheel spin or engine struggle.

It was my turn. I drove the LR3 on city streets and on I-80. I was able to test its acceleration, handling, turning/cornering, and its AMAZING turning radius. I turned around on a two lane street without my tires falling off the road.

It was comfortable, roomy, had seating for 7, and an excellent A/C, stereo, and steering wheel control system. I even tried my Bluetooth Phone with the built in system and it works really well (hands free calling).

The verdict…I can’t afford a used 2 door Geo Metro right now, let alone a $50,000 LR3. But, I never even thought about Land Rover before this test drive. I didn’t even know enough about them to know the model order and their true 4x4 capabilities. My little glimpse into Land Rover has placed them on the list of vehicles I’d be interested in looking at more closely, if I win the Lottery or inherit millions of dollars.

There is little the LR3 is missing. Room, power, comfort, capability, looks, etc.; it is the full package. If anyone is interested in giving me millions, email me and we can talk.
Posted by James Guhn at 4:15 PM