Bankruptcy for Ford Because They're STUPID! 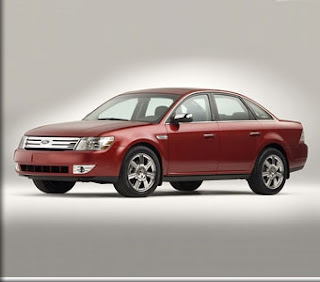 I was on Edmunds.com and I saw that Ford has announced that there “Five-Hundred” model sedan is being renamed to the once popular “Taurus.” I say once popular because, although the Taurus was the number one sedan for a while, after the 1987 model of the Taurus was out for a little while and had a few miles put on it, people began to hate the Ford name because of poor quality. “Found On Road Dead” could easily be referring to the Taurus of the late 80’s and early 90’s. I can remember all the money my parents put into their ’87 model.

What is wrong with Ford? The name “Five-Hundred,” I thought, was a good name for their new sedan. Of course, Ford put a pansy weak girly engine in it and tried to sell it as there new flagship. WAKE-UP!!!!!! The flagship of a fleet is supposed to have the size and power and look of the star vehicle of a fleet. By slapping the “new face” (3 bar grill) on the poor selling vehicle and and then giving it the name “big pile of junk” (the Taurus), you're not going to increase your sales.

Take a look at Dodge. The Charger is now one of the hottest looking sedans available. People young and old will buy it because it looks good, it drives well, and it has the muscle and appeal buyers want in a sedan. Heck, law enforcement is looking at the Charger too. If Dodge supplied the crash test info to the CHP, we wouldn’t even see the Crown Victoria again.

Pay attention to what consumers want. We want good looks, great handling, and power. Yes, we want good gas mileage too, but I don’t think it is as closely scrutinized by buyers, as the car’s abilities and good looks are. If I was in the sedan buying market right now, my number one choice would be the Dodge Charger (that is, if I only had American companies to choose from and a limited amount of cash. Really, my favorite is the Infiniti M35). What’s crazy is I’ve always thought Dodge's reputation was far worse than Ford's. I would rank Dodge's quality below Ford's current standards. I even know of a person who has the Chrysler 300 (same platform and engine as the Chargers) and is working on a lemon law buy back…and I’d still pick the Dodge Charger over the Ford Taurus any day of any week in any year.

Wake up Ford. Or, go bankrupt like you already are.
Posted by James Guhn at 2:20 PM