How You Know You're Getting Old 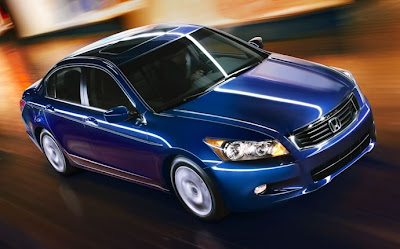 In 1976, I was born. Also, Honda introduced the Accord. 31 years later, I’m realizing that I’ve spent the last few weeks reviewing this car.

The 2008 Honda Accord has been redesigned, and for the first time ever, I like it. I know that Hondas have always had a great name and been reliable, fuel efficient vehicles. But, I’ve never been interested in Hondas because I’ve never thought about driving around in a family vehicle that is a “smart” buy.

So, here’s my review (keep in mind I haven’t driven it yet). This is the first Honda to catch my eye. It is much roomier than its predecessors, with room for a 6’2” guy like me in both the front and back seats at the same time. It has an engine with more power than it’s ever had before, with Honda’s Variable Cylinder Management (VCM) to give 19 city to 29 highway miles per gallon.

One website joked about it being so large that the writer said, “It’s freaking huge! I thought it was a Buick.” Well, I’ve never wanted to switch to a family car known as the fuel efficient king of the world, but Honda has done it with this model. 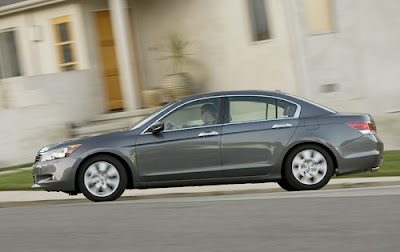 Next is a test drive (and some cash) and I’ll be driving one.
Posted by James Guhn at 8:32 AM