Sure the Roads Are Safer...But Come On!

It was March 17, 1992. I turned 16 and walked into the DMV. I took a written test and a driving test. I remember getting a 99% on the driving test but I don't remember the written. All I truly cared about was the fact that I walked out of there with my driver's license. (RABBIT Trail: Did you know the California DMV calls it a "Driver License?" Note there is no possession on the word "Driver.")

Now I'm about to turn 32 years old and I'm shocked. The various blogs I read on automotive news are all posting articles about the reduction in 16 year olds getting their driver's licenses. What is the world coming to?

For me, this was so important. My mom said I worked harder for this then she had ever seen. I lined up my driver's education classes, called the insurance company, setup the DMV test, got a job to pay for the expenses, and only needed Mom's help to get me to the DMV on the 17th. I drove home, newly licensed.

I drove my parents 1976 VW Diesel Rabbit. They drove their 1987 Taurus. I had the better car. HAHAHAHAHA. Here's a picture of what it looked like. This isn't mine but it's close. 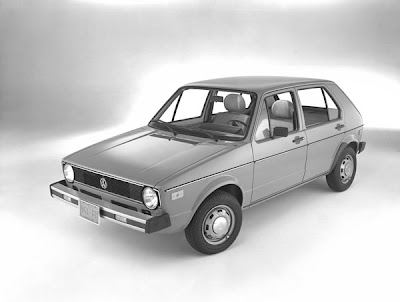 So according to the articles, some of the reasons for the drop in 16 years getting there driver's licenses has to do with the lack of public school driver's ed, more strict driving laws for the youngsters, and increased insurance rates. Over the last decade, a 14% drop in teens getting there DLs has been reported by the Federal Highway Administration. In 2006, only 29.8% of 16 year olds got them.

So, sure the roads are safer without these crazy "chillins" behind the wheel of mommy's car, but come on! What is wrong with these kids? I was so passionate about getting my license I went out and got a job. And I still claim I can make a pizza better than most. And I still believe I am a great driver. When you're 16, you go out there and push the limits of the vehicle to see what it can do. I was able to use those learned skills in my EVOC (Emergency Vehicle Operations Course) classes in the police academy. Ask my partner from the academy, I caught the rabbit car, I impressed my instructor, and I scared my partner several times with my mad driving skills.

It's a sad day when today's teens are more interested in other things, rather than driving a car. Video games, cell phones, computers, TV, all of it pales in comparison to driving the open roads of our great country. Of course, Placer County should spend some of its money on improving the quality of those roads, but it's still great to drive.
Posted by James Guhn at 8:04 AM

Email ThisBlogThis!Share to TwitterShare to FacebookShare to Pinterest
Labels: Automotive