(First, I wanted to get all of this out and post it, but I did not proof it, spell check it, or review its content for inappropriate information or language. Read at your own risk, as you should always read Jimmy the Gun. And now, another exciting rant from James Guhn. 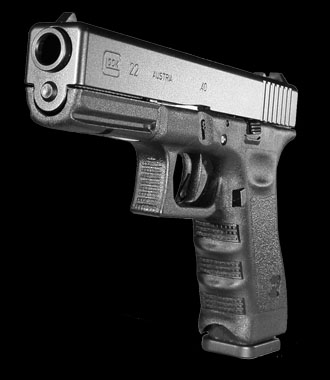 Madman Jim is a character that is part of the evolution of Jimmy the Gun. Some day I'll have the technology to create a video of some of the highlights of Jim and where the name came from. For now, I wanted to tell you all about a movie idea I had, based on the Madman Jim character. To better explain, I'll do a quick recap of how I became Jimmy the Gun.

First, back in 1989-90, some friends and I made a music video to a song that currently escapes me. We had no editing equipment. We had a home Video 8 camera, which we used to record ourselves running around, we had a VHS recording VCR, and we used a CD playing stereo to connect to the VCR for music overlay on the audio tracks of the video. We would film an entire 4 or 5 minute video and set it to music, thus making it a "music video". At one point in one of our videos, my friend Ryan yelled out, "Get'em Jim," to my character, and I chased down a thief. We all thought the line was so funny, we had to leave it in the video. This required unplugging the stereo, plugging in the audio line from the camera for the one line, and then reconnecting the stereo for the remaining music. "Jim" was born.

Over the course of 20 years, "Get'em Jim" turned into nickname/username/email aliases for me. Variations of "Jim", from "Jimbo" to "Jimbob" and finally "Jimmy the Gun" (formally known as "James Guhn") led me to this blog. Home videos technology progressed to the point where editing equipment and software were eventually used and the "Madman Jim" series started. There have been two different Madman Jim videos, both of which I actually enjoy being the star. The character is loosely based of the Michael Douglas character from the movie Falling Down. This was one of my favorite twisted movies in high school. I loved the almost justified anger of the character. I loved the fact that he didn't take anyone's crap and didn't back down; instead he dealt with the issues. 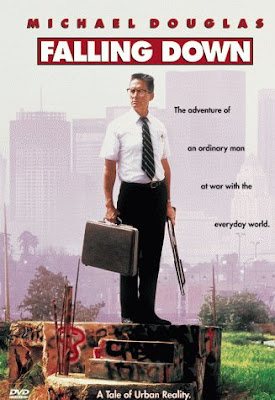 All of this history leads me to my movie idea. I want to write a movie based on my Madman Jim character. I want to take the frustration of every day life to a level where Jim snaps and begins to deal with these frustrations. My idea is to follow him from the time just before the actual snap, where we see that Jim is like the rest of us as he deals with increasingly more and more frustrations. Traffic, bad drivers, car problems, fake sincerity, laws, the government, technology...all these things are shown for their annoying traits and Jim finally snaps. He begins by telling people what he really thinks. It progresses to actions against the frustrations, ultimately turning into an all out crazy rampage that leads him to deal with the things that cause the frustrations in the manner in which they irritate Jim.

The movie would be similar to road rage on steroids. The jerk who cuts Jim off in traffic or drives slow in the fast lane without moving right is dealt with in a violent, clear way. The car that keeps breaking down is driven off a cliff to explode on top of the heads of the people who wrote the helmet law (how is that law necessary? Let the idiots kill themselves). The horrible waiter who can't seem to do anything right get's upset with Jim for filing a formal complaint with the manager. Jim teaches the waiter about getting the order right by cramming a whole onion down the throat of the waiter. The seat belt law is another waste of tax payers money. Lesson taught. The people trying to say juice shouldn't be allowed in daycare because it makes the kids fat, are forced to drink and ultimately drown in a pool of apple juice, while wearing a fat suit. The people suing McDonald's over the Happy Meal toys causing their kids to get fat, are taking out to a field and thrown into a pit of toys being crushed my a monster truck.....I don't know. Deal with them Jim!

The point of the movie is to address all the stupidity of our lives. The point of the movie is to cause people to be aware of the fact that our nation is not a free nation. We are all sheep being led by horrible leaders that make money from lobbyists, or who decide that laws need to be written so we don't have to think for ourselves. If your kids are fat cows, stop feeding them McDonald's. GO FOR A WALK! Eat an apple. Eat an apple and go for a walk and be slapped for being a pig. Parents parent. Government shrink. People think. Be real. Be honest. Work hard. Do your job. Care about what you do, who you are being, and where you are going. Get out of the way. Don't be annoying. Stop the greed.

"Madman Jim"'s mission is for a better place to live, a better way of life, and knowing how to be a better member of society.

Now, if you've made it this far through the rant, you must be bored. But, here is a message about reality. Because we are all selfish creatures, out to better our position at any cost, this "better place to live" crap I just mentioned will never happen. Socialism will eventually take over our republic, as we are represented by thieves, crooks, shysters, and evil doers. Our "representative" government actually represents the level of greed and self promotion we all have in us. So in that regard, they are doing a great job. As far as doing the will of the people, meaning the greater group of us as a whole, they are not doing so hot. Instead, the desires of the few are satisfied with back room deals, BS spending and taxing added to every law that's passed, and evil, evil men leading our country down a dark path of destruction. This is where the hope in God comes into play. Without a glimpse of hope in God, must realize the dire place we are headed toward.

"Madman Jim" is here to point us to the breaking point; to help us realize where our country is head, and where our sin and self glorification is going to lead us in the end. Madman Jim is ready to destroy the insanity that is our daily lives. He's here to rid us of the frustrations and return us to a level of calmness we can only hope for any more. He is here to send a message to the people in charge that the people are to be represented, not the special interests, the squeaky wheels, and he losers living off the laws of the land. Jim is here to beat down the worst, and build up the best. 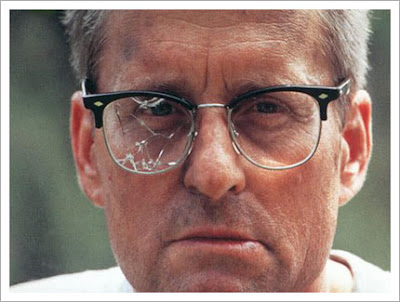 Email ThisBlogThis!Share to TwitterShare to FacebookShare to Pinterest
Labels: Jimmy the Gun, Movies, Rant or Ramble