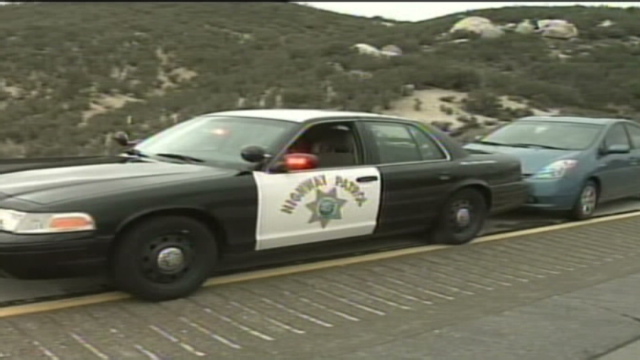 Have you heard about Google's self-driving car? If you read my blog on a regular basis, you would have seen the article I posted here. But, as a refresher, Google has a Toyota Prius that uses cameras, lasers, and radio frequencies to control the vehicle, allowing computers to do the driving.

Now, my genius brain has come up with something Google can do to make this system useful right now and get some major beta testing free of charge. Google could offer law enforcement agencies across the nation the use of this system in patrol cars. First, this would allow officers to use their MDC or Mobile Data (or Digital) Computer, without the worry of crashing into someone or something. It would make it easier for an officer to read the details of an incoming call, the records checks on persons or vehicles of interest, and even allow the officers to write notes or reports while still moving through their designated beats. Second, Google could also offer their excellent maps services to help officers locate the exact location of a call, and the fastest routes to them.  And finally, law enforcement officers are already the cream of the crop in our society.  They write reports all day long, they are very observant, and they love to be "in the know" about everything.  They would prove to be an excellent resource for feedback on the system, they would test it to its limits, and would be honest about its performance.

I do realize there are some old guys in every department that are any technology.  I also know there are guys that are too busy, too active, or too tough for the system.  I get that.  But, every department has the middle of the road officers too.  These guys do their job, go to calls and do some proactive police work.  They are decent report writers.  And these are the guys that are looking for tools to help them in their performance.  These are the guys that should get the test cars.  It would only take 1% of the police force for Google to get a great sampling of its software's performance.

Anyway, that's my idea.  Let's do this Google.  I'll get you into at least one department where I have connections.  Call me.  I mean, I do have a Google Voice line.