My New Computer by HP

I finally purchased a new computer and so far, I love it.  I saw the ad initially in a Costco mailer, and then I went and checked it out yesterday.  In the store it looked pretty great, but when I got it home it became amazing and slightly more than I need. 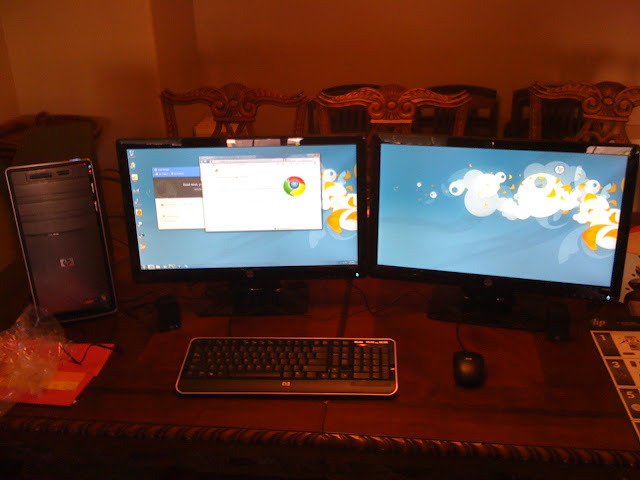 I think one of the first things I've realized is the speed and memory abilities.  Before, I was always frustrated with YouTube videos or using my Google Reader for longer than an hour.  My old computer would slow down and/or lag.  I would have issues with loading images or watching a video without it hanging up multiple times during playback.  With my new computer, I not only can view videos and multiple websites, RSS feeds, and more, but I was able to play an hour long YouTube video for my son, while I surfed the Internet on the second screen.  No lag.  No hang ups.  No waiting.  It is awesomely impressive.  I've never actually been on a computer that works this well on the Internet. 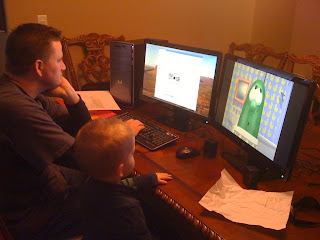 Anyway,  I love it...so far.  I went with HP because my employer went with HP for the company-wide computer upgrade program.  Some of the decision is probably based on pricing, but I think it also has to do with the support, strength, and quality of the products HP is building.  I'm super excited about having a hard-drive that can fit all my old pictures, my complete music library, and be set-up to automatically backed up to my external drive.  We will be able to keep ourselves and our data backed-up, something I really wish I'd been doing up to now because the power supply for my laptop died, and now I'm trying to figure out how to get my information of its hard-drive.  Stay tuned for more about my new desktop from HP.