Jimmy the Gun, And His Trusted Sidekick, Pepper Spray (UPDATED) 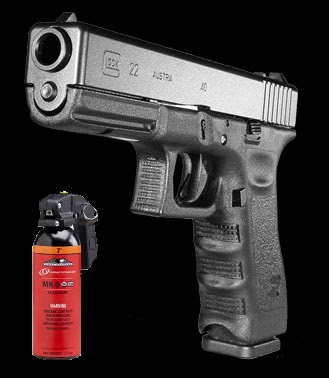 I have to work on the UC Davis campus every few weeks.  I've been taking our newest team member with me, partly for training, but mostly for the additional set of eyes.  There is a lot to do in a branch I visit so infrequently.  Today I was asked when I was scheduled to be there next.  After giving my schedule, I made a joke about bringing pepper spray with me. My co-worker, the one who has been going with me, asked if that was my nickname for her. We had a good laugh about it and we came up with our new super hero characters and slogan:

Jimmy the Gun, and his trusted sidekick Pepper Spray.  Righting the wrongs and mocking the stupid.  It's what we do.

For those of you who have not heard about the pepper spraying incident, the video is below.  It is a little shocking for those sheltered few still left in our society, but I offer this advice:  no matter what your political views are, if a member of law enforcement gives you a direct order, you better obey it or be prepared to experience pain compliance and arrest control techniques, and be ready to part with your freedoms as an American Citizen.  If an officer of the law is actually unjustly violating your rights, comply now and sue later.  It will be much more satisfying later in court if you stay "in the right".  But the second you do not comply with the directions of someone, who has been deemed capable of enforcing the laws of our society and, subsequently, has been given the authority to take away many of those rights and freedoms from law violators, you are wrong.

UPDATED: Here's a video with audio of the cops warning the Occupy Morons.  "Spray away", I say.