Android Is The Better Platform Choice

You all know I like Google...a lot. I've done a blog on "If I Were CEO...Google", I've talked about the HTC Droid Incredible and Aria, and I'm a huge Gmail and other Google web-based services user, including Blogger (host of www.jimmythegun.com).  When it comes to cell phone platforms, Google's Android software is starting to grow into a mature, and very successful system.  I want to highlight some of Android's functions, and talk about why I feel it is the better cellphone platform choice. 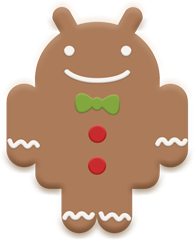 I've really found that Google has done some incredible things with the Android platform, from seamless interaction with all the Google web-based service like Gmail, Picasa, Google Voice, Docs, Maps, and Navigation to useful tools and customizations.  Something I've talked a little about before but have recently been able to test out for myself is Voice Actions.  This super useful, very accurate, and so easy to use feature, available on the last couple versions of Android allows you to do thing with voice commands, anything from standard Google searches to sending texts, starting music, making call, and more.  I posted this video before, but take another look:


Another sweet feature of the phone is the customizable screens and app icon placement. Like the latest iPhone, you can have wallpapers behind the icons.  The difference with the Android phone is that wallpaper's abilities.  The Android phone allows for interactive wallpaper.  Some are animated or video clips that move. Some react to a tap. And some take a given picture and move the angle of view slightly as you swipe through to different pages on the phone.  Here are a couple I found on YouTube:

This next video shows off a few with a guy from PocketNow.com explaining.  This is on an older version of Android, but it's still really fun and cool.  He does mention the battery life issue with these interactive wallpapers, but if you're like me and you have to charge your phone every night anyway, because the newer software on the old iPhone 3G drains the battery in less than a day, it won't be a bother.


If you watched the last of the above videos, you can see how icon placement is very customizable.  You can place app icons anywhere you want on any of the pages on the phone. This allows for customization beyond what the iPhone offers.  There are quick dial icons that work similar to favorites.  There are search bars, clocks, social networking, and other widgets that can be placed right on any of the pages.  Many of the same apps found on the iPhone are also available in the Android Market. Plus, there are many free apps that allow for functions and content that cost money on the iPhone.

Another great feature of the Android phones is delivery of updates. Google designed "over the air" delivery of software updates, rather than the Apple method, which requires being hard wired to iTunes.

The problems most people have with the Android software is how the carriers and phone manufactures deliver the software. Some carriers limit the places you can download apps from. Some limit the abilities of the phone due to "network capacity". Manufacturers all deliver the software version they choose, based on how soon they can adapt their own software overlays to the Android version they choose. This causes what people call "fragmentation" to the Android phones. Some, like Sony, deliver brand new phones to market with 2 or 3 versions old software. Some, like HTC and Samsung don't deliver the latest version of Android when people want because they need time to test and re-write some of their own proprietary software additions. And sometimes the updates are held up by the carriers (Aria update is ready but AT&T is not allowing delivery). 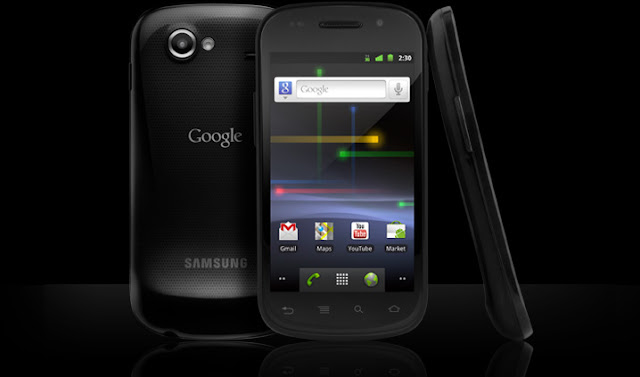 I'm now thinking about how I can get myself a Nexus S (pictured above) and port it over to AT&T. The problem I have is the inability to switch carriers.  Someone else on my AT&T bill threw an iPhone 3G because of all its problems.  When this person replaced the broke 3G with an iPhone 4, it locked that person into AT&T for another 2 years; meaning the rest of us are stuck too.  And, while I don't blame this person for the destruction of an iPhone 3G, it would be nice if AT&T had a nice Android phone.  The Nexus S would be $199.99 on T-Mobile, but it would cost me $529.99 to move to AT&T.  Best Buy is currently the sole retailer able to sell this pure Google phone, but T-Mobile customers are the only ones getting a subsidized price.  I guess at this point I'm hoping a new Android phone is delivered by HTC or Google to the AT&T network. If there is not a pure Google phone available, I've found that HTC's sence software is an okay addition to the Android platform. But, until Apple announces the next iPhone, or one of these phones comes to AT&T, I guess I'll be stuck with my iPhone 3G. Wish me luck with sanity in 2011, as I deal with a phone made junk by the manufacturer of the device.