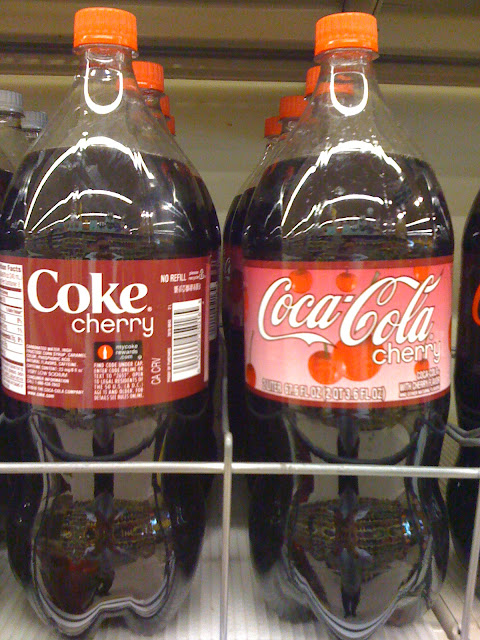 I don't really drink much of anything from Coca-Cola.  Most of you know I'm a huge Pepsi fan.  But I will admit, the beverage pictured above, I call "Cherry Coke", is very good.  That and Mr. Pibb (officially called Pibb Xtra now, but I will never call it that) are the only two Coca-Cola products I will drink.  And now that McDonald's has switched to Dr. Pepper from Mr. Pibb (at least here in California), I don't even drink Mr. Pibb anymore.
But, what do you call the beverage pictured above?  Because Coca-Cola isn't even sure.  Their website calls it "cherry Coke" (with the "c" in "cherry" lower-case).  But their bottle calls it "Coke Cherry" and "Coca-Cola Cherry" on the same bottle.
What do you call it?