The Bronco II was probably the worst vehicle purchase I've ever made. It was my first Ford product, made back in the REALLY REALLY bad Ford quality days. The Bronco II was not built for my type of driving either. It was tall and had a tendency to want to roll over. Once I had a car full of kids and I attempted a J-Turn (I'm an idiot) and almost rolled it in front of Taco Tree.

But mine was all black:

So I pretty much hated that car. It was a horrible vehicle. I took it 4 wheeling and almost rolled it, blew out tires, and slid sideways into an embankment. I eventually sold it. No less than a month after selling it, I saw the girl who bought it broken down on the side of the road. I saw her at my job a few weeks later and she told me it was falling apart on her. Yeah, it was a Ford. I was lucky to get out of it when I had the chance. I think I remember her telling me something about the head gasket.

Well, there are some good ideas from Ford about re-introducing the Bronco name. You may have seen this picture before on Jimmy the Gun but this is a great concept Bronco. I love in a lot. I would actually buy this one even after my bad experience with the first one. Here it is again: 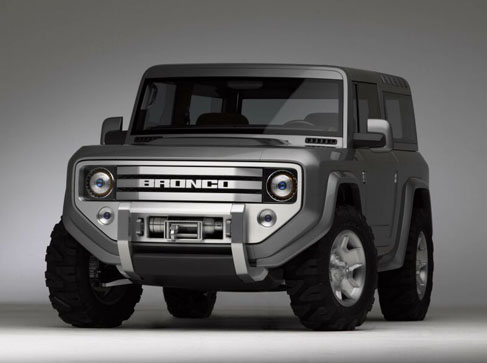 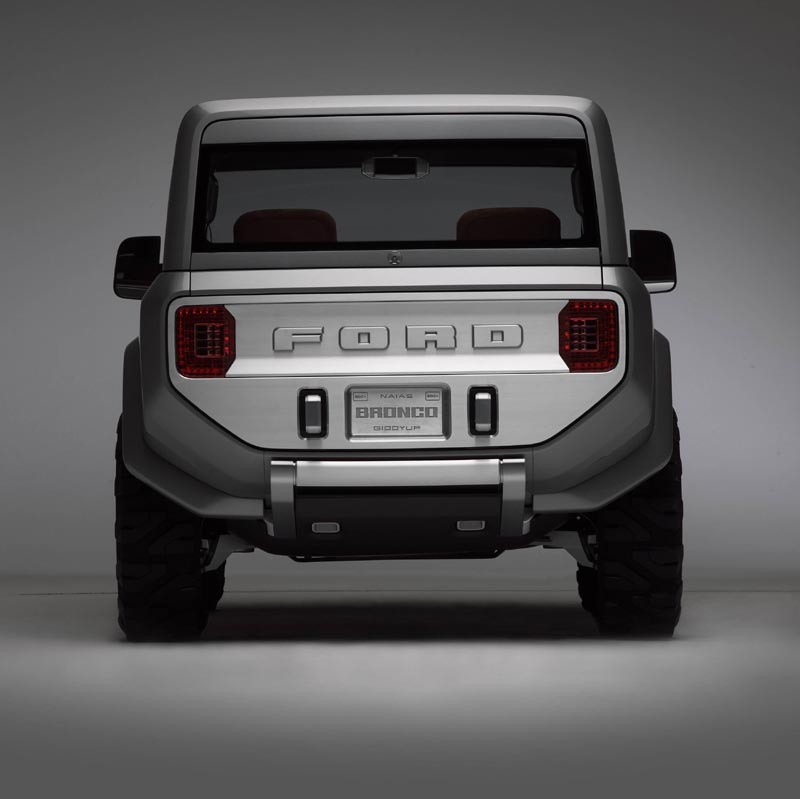 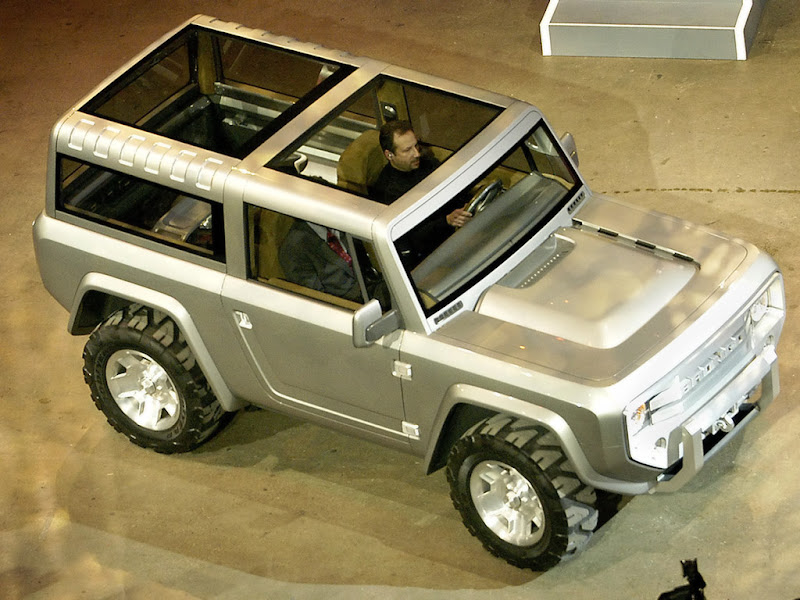 The problem with this concept is how long ago it was introduced, 2004. It's probably not going to make an appearance as a production car. DANG IT!!! Put a V6 in it and give it a decent MPG and it will sell. It's better than that Flex thing they are introducing now.